According to an ancient legend, Nom pagoda was built among old pine forests, so the pagoda known as Linh thông cổ tự. It is unclear when it was built, but the stele at the pagoda says that it was erected in 1680 and restored many times.

After entering Nom village’s gate, tourists will be impressed with the ancient landscape as old houses, wells, banyan trees… According to the custom of the village, whenever visitors come to the village, they usually visit Tam Giang communal house to pray for good luck, before crossing Nguyet Duc River to visit the old pagoda.

Belonging to the Rinzai sect, Nom pagoda possesses 122 big and small Buddha statues with different sizes to describe the growing path of the Buddha.
Statues are depicted with gestures, vividly facial expressions, including the Three Saints, past present and future Buddhas, Buddha Amitabha, Eight Buddhist Diamond Protectors, Eighteen Arhats… There are statues with 3m high and others with just the size of a fist.

According to scientists, with wrinkles on clothes and other characteristics of artifacts, statues represented the carved art of the 18th century.
Traveling to Nom pagoda, visitors can explore and enjoy the ancient culture of Nom village – one of ancient villages in Vietnam.

Some photos of the pagoda: 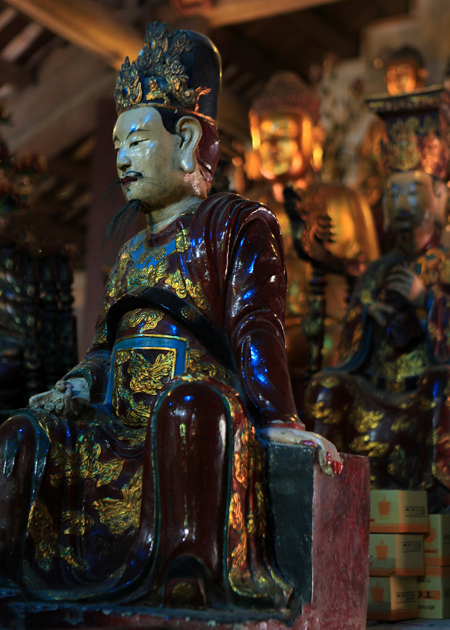 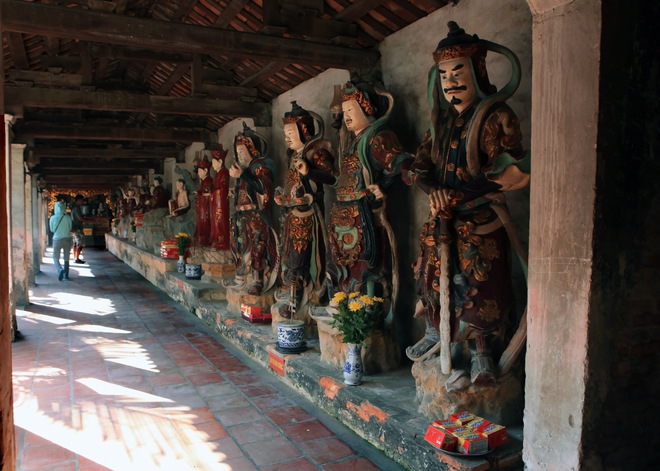 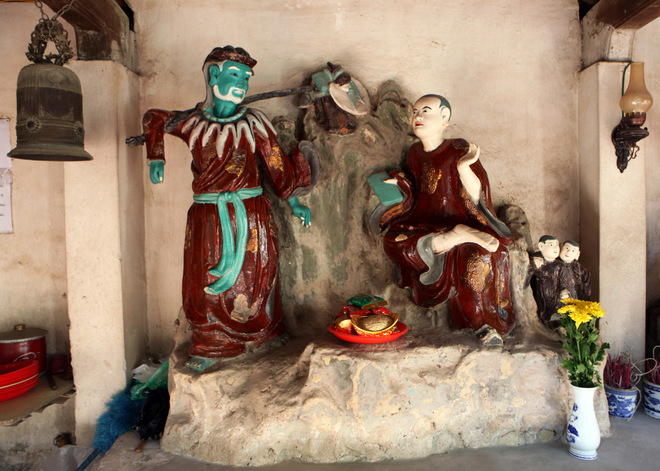 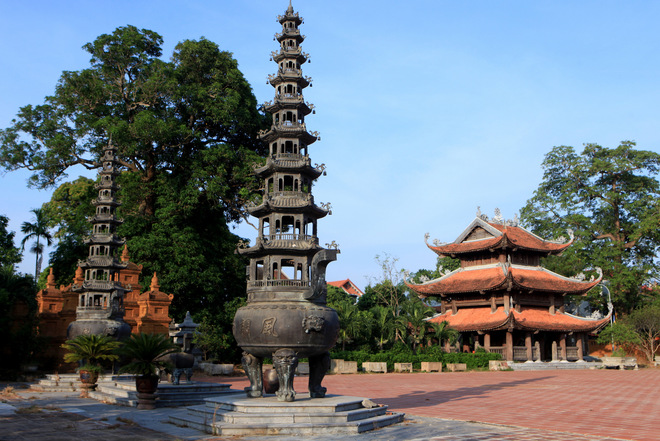 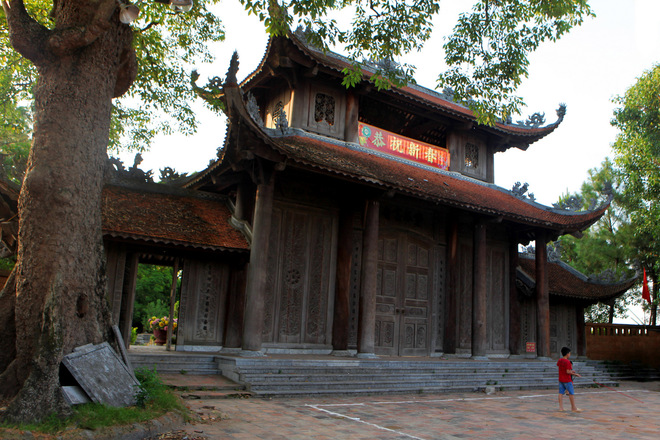